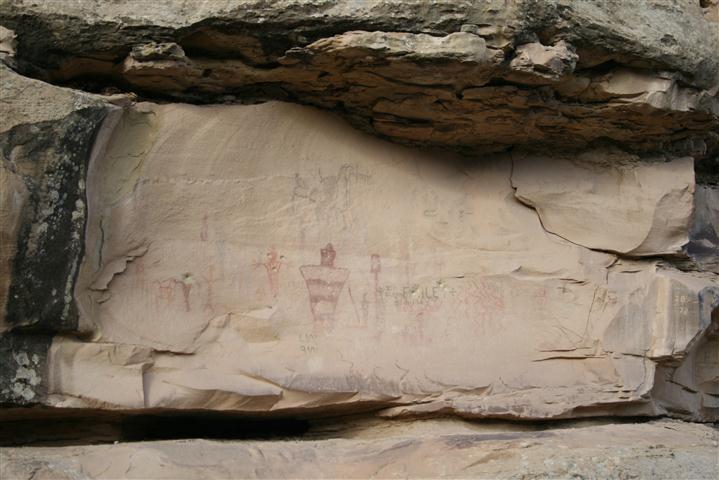 Art immediately across from our campsite. Has some vandalism, unfortunately. 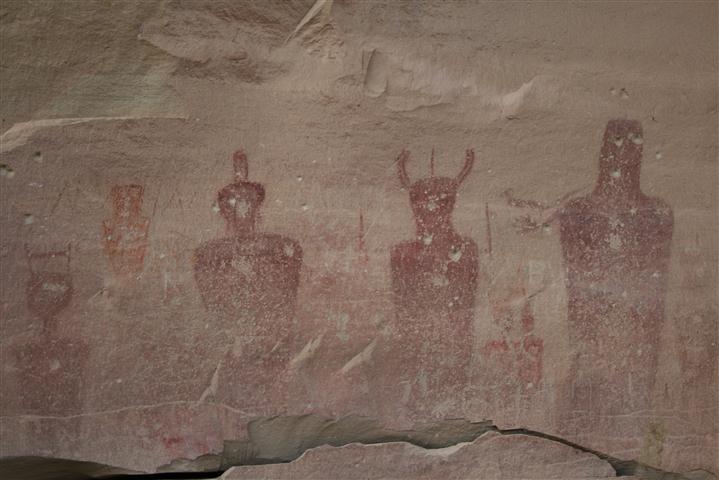 Damaged art in the corral area across from our campsite. More damaged stuff. I'm surprised that the drawings can last for hundreds of years, but can be damaged in the last fifty or so by "civilized" people? 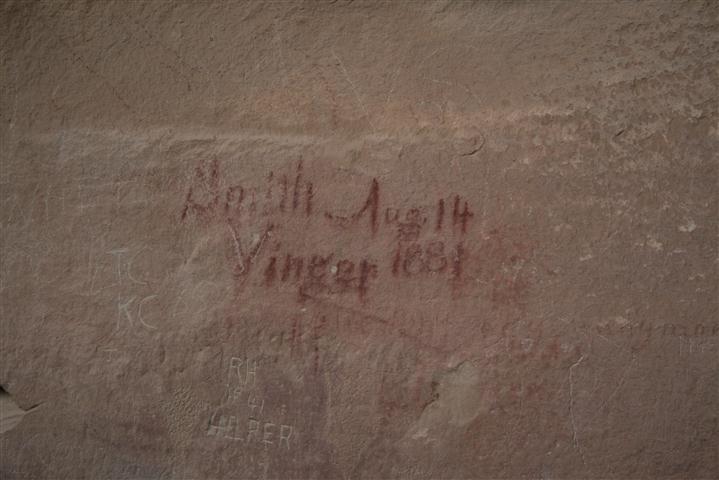 Garth Vinger in 1881 graffiti. Some other people have signed the same area. I'm curious what kind of "paint" would last that long on the rock? 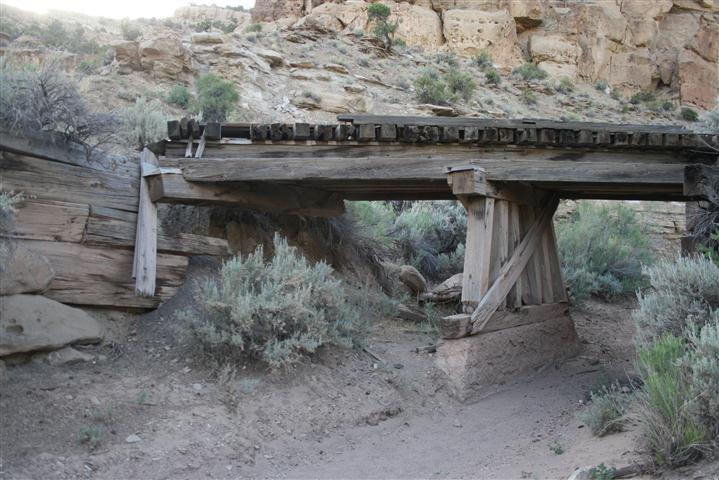 Interesting trestle near the Sego "Company Store" (?) stone building that's walls are still standing. From a few quick internet sites, it sounds like Sego was a "company" town with company script and infrequent pay and all the other things that go along with the traditional company towns/store stories. 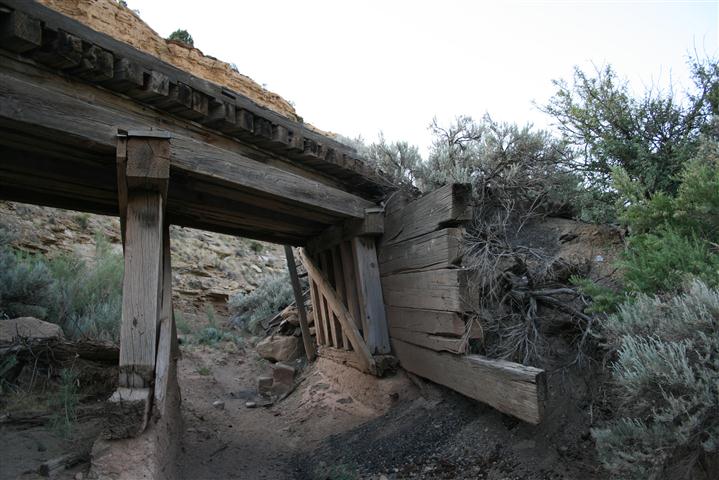 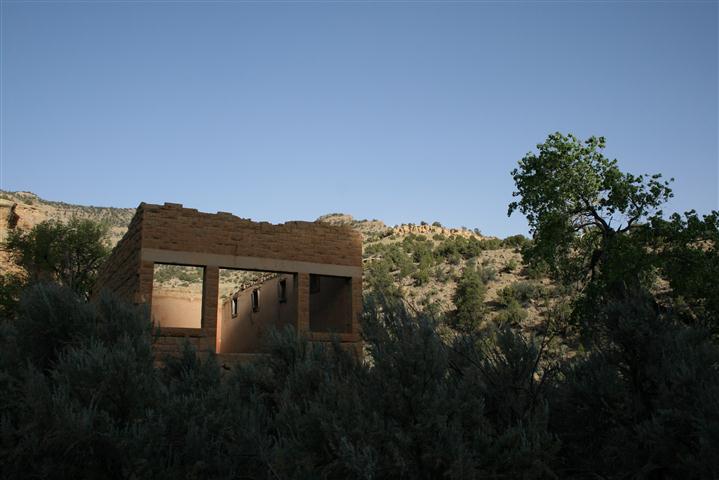 "Company Store" for Sego. Not the greatest shadows. Very interesting stone work on the building from what I can tell. One other building we saw had a piece of the building (same type of construction) pulled out near the bottom. It didn't seem like the building cared much? 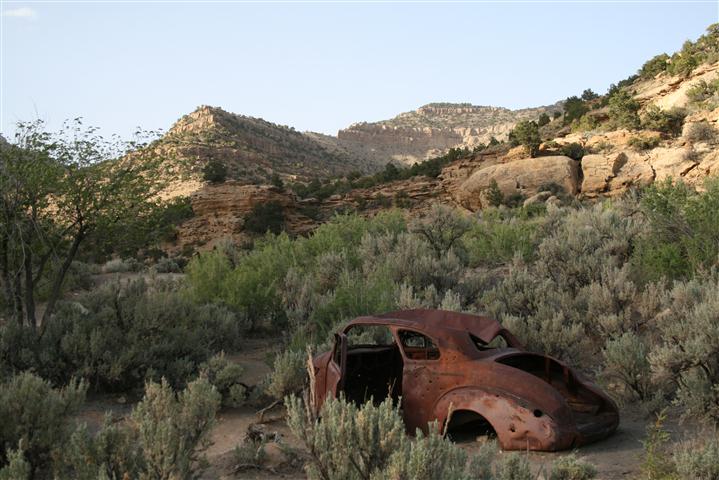 Hot rod candidate? Needs a bit of work, but we could clean it up. 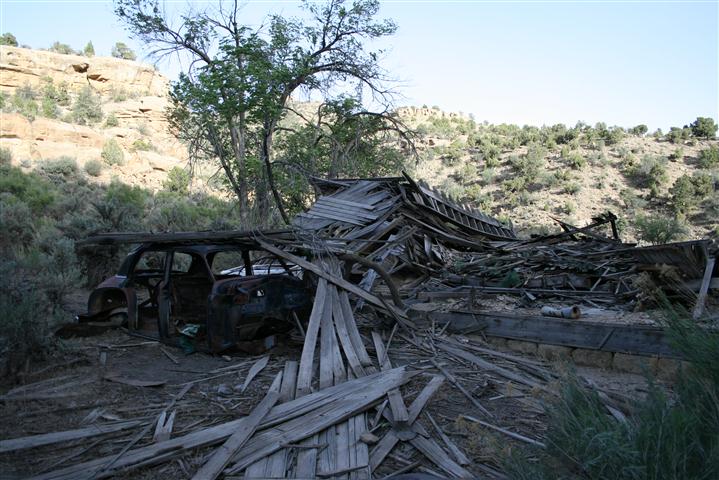 What's left of the Sego Boarding House. Apparently the boarding house collapsed sometime in 2009 or 2010? The car is some kind of mid-40's rig and I figure it's useful life at somewhere around ten-fifteen years. I would assume it was abandoned in the late '50s early '60s? 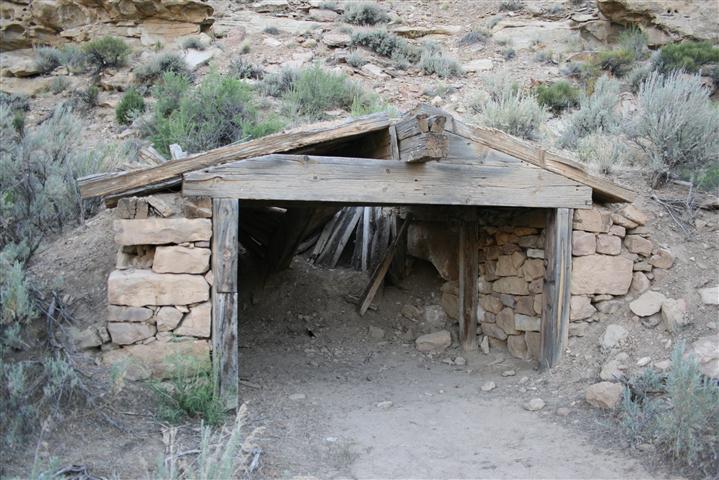 Dugout mine entrance? Apparently this was a coal mining town per Wikipedia. There's a vein of what appears to be coal about 4-8" thick within the sandstone that I didn't think to get a picture of. It's near the damaged art walls above. 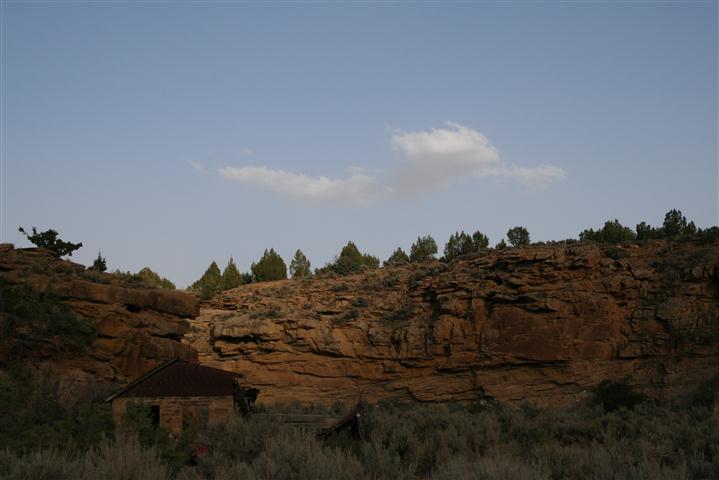 Ruins of a house in Thompson Canyon-Sego Canyon intersection. 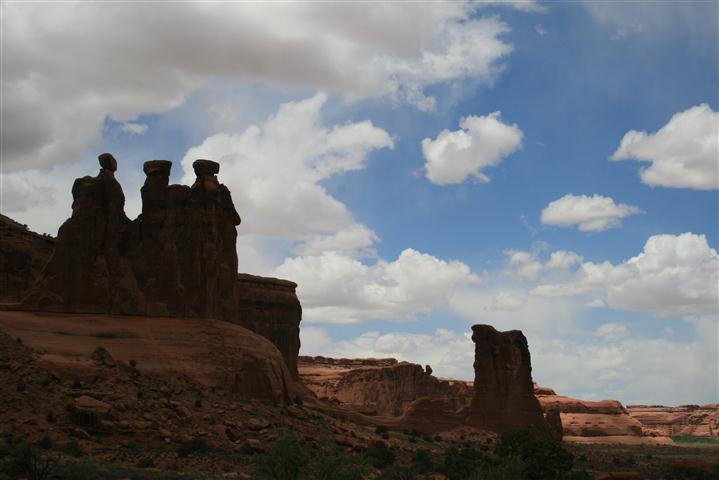 Three Gossips with some cool clouds. Pulled over at a wide spot in the road and snapped the photo from my truck. I hoped it was to good to pass up? I really like the clouds but the foreground is a little darker than I wanted. 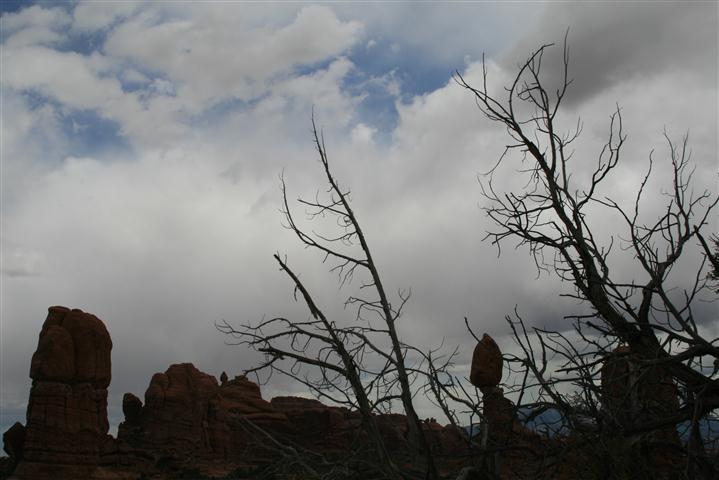 Balanced Rock with a tree I fell into in the foreground (stumbled with my crappy knee that later made the longer Delicate Arch viewpoint hike--??confusing piece of crap knee, anyway??) 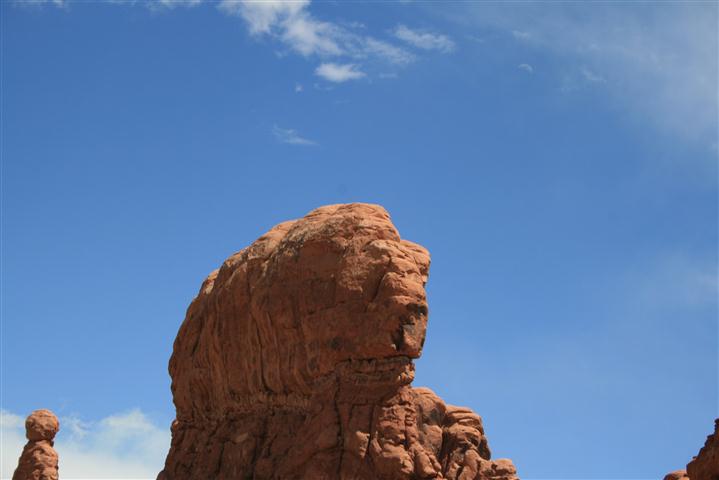 Marnie took this picture. Calls it buffalo rock. The face is somewhat convincing and the body behind it. Just needs some legs, but I see the head and shoulders like she's saying. 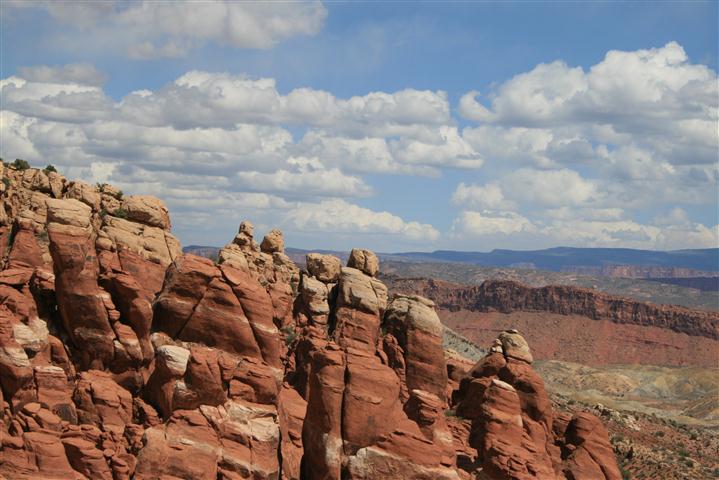 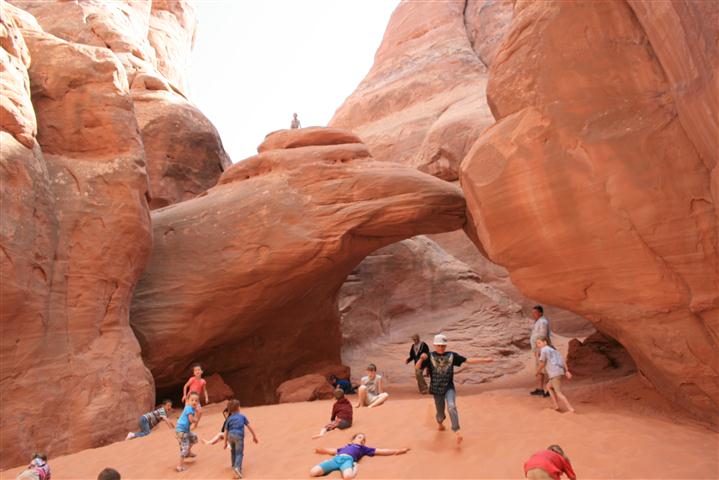 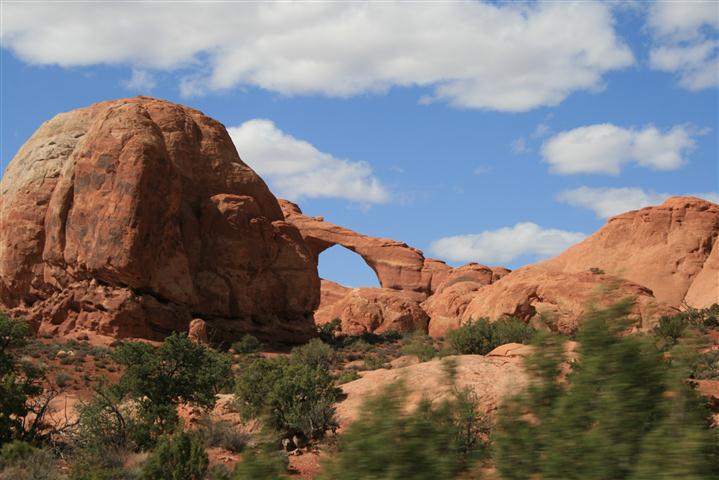 Skyline Arch? Obviously snapped while we are driving by at about 25 mph or so? 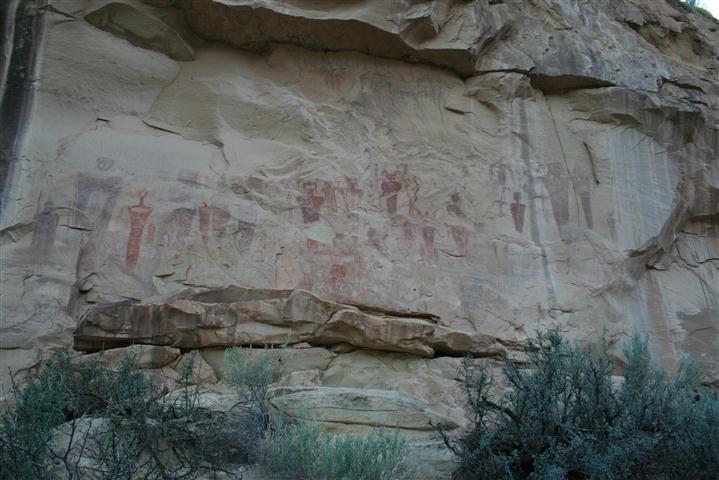 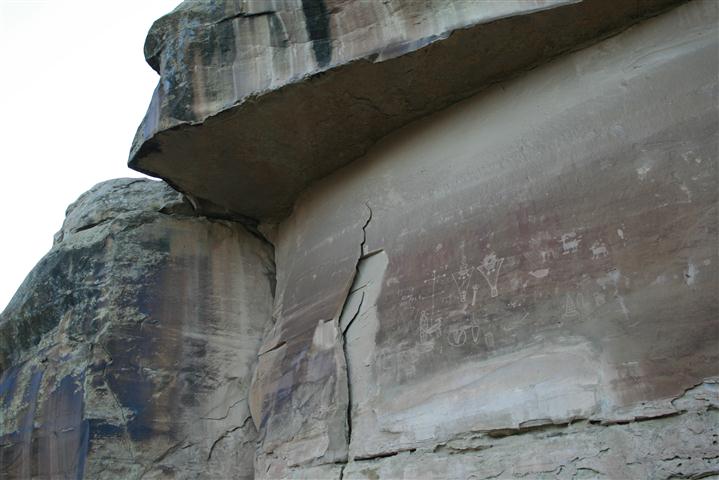 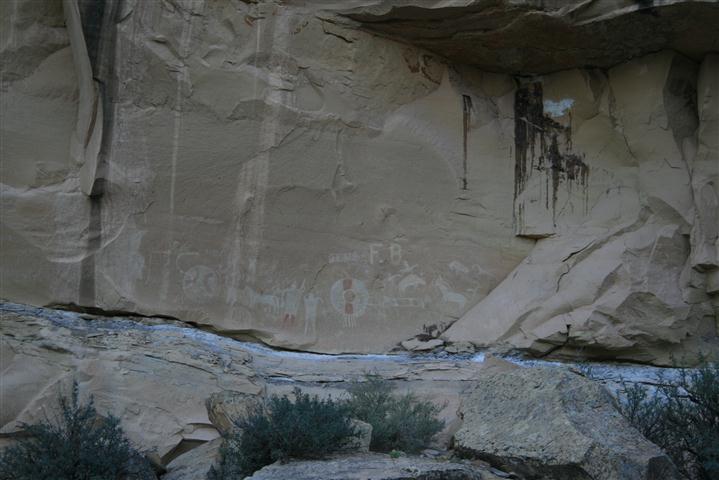 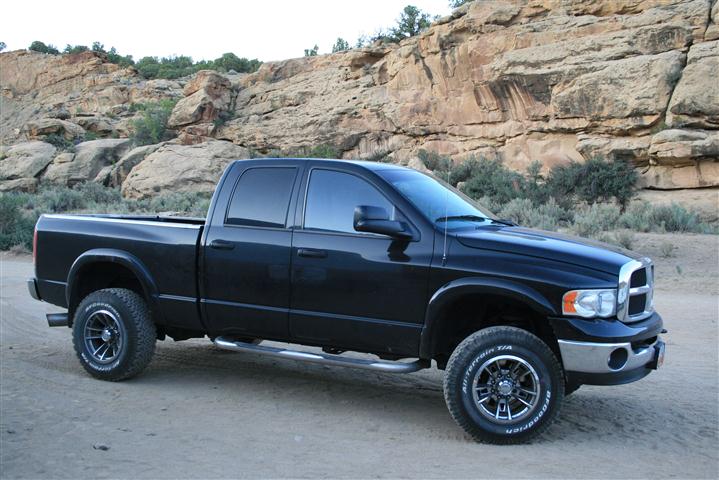 New tires on a dirty truck.