We go for Coyote Canyon the next day while Greg goes for Upper Helldorado.

I missed Rick & Brent going up the canyon. I got thinking about my top as I went up Helldorado, the lack of a real skid plate (required on the breakover rock), the pending closure of Coyote (I LOVE that trail) and decided to ditch Greg and the boys and run Coyote, maybe for the last time. Effective Oct. 31, 2008, it is closed. Here's for hoping the BLM will allow travel in that area soon. The Moab folk are ON IT and I hope to hear good things from them in the future. They're awesome and know how to get things taken care of down there. 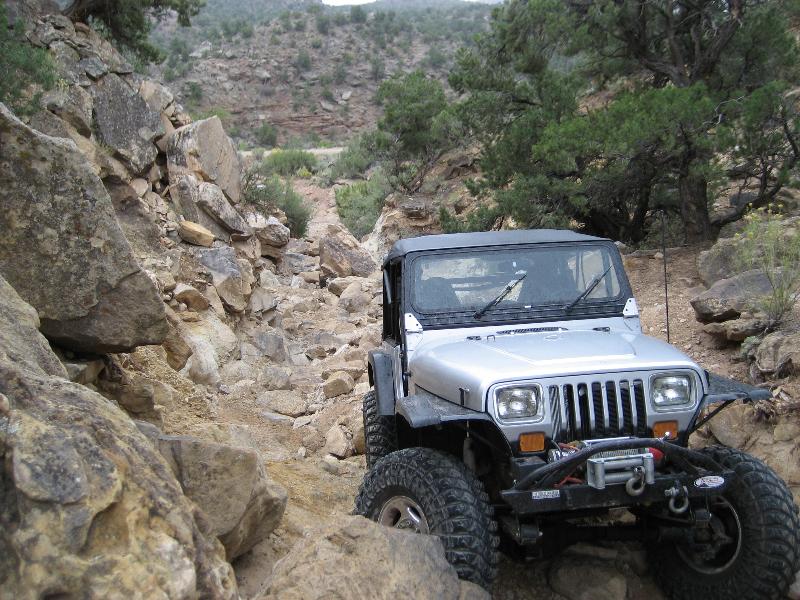 So, this is the start of the trail. I think Scott was a little shocked that this was a trail, but I think he caught on that it was the whole reason to bring this one ton pile down here. I didn't dare take my D30 XJ in here. I probably would have gotten through, but was concerned about blocking the trail if I had to replace too many axleshafts. 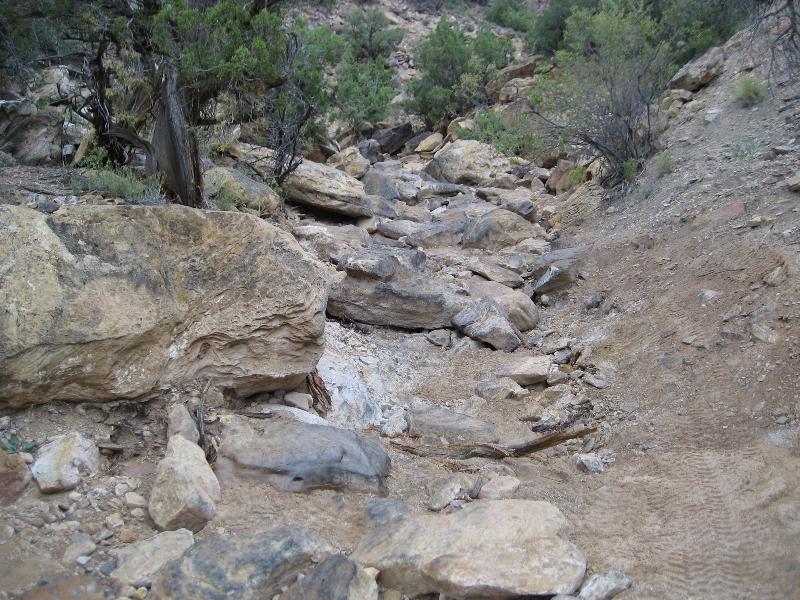 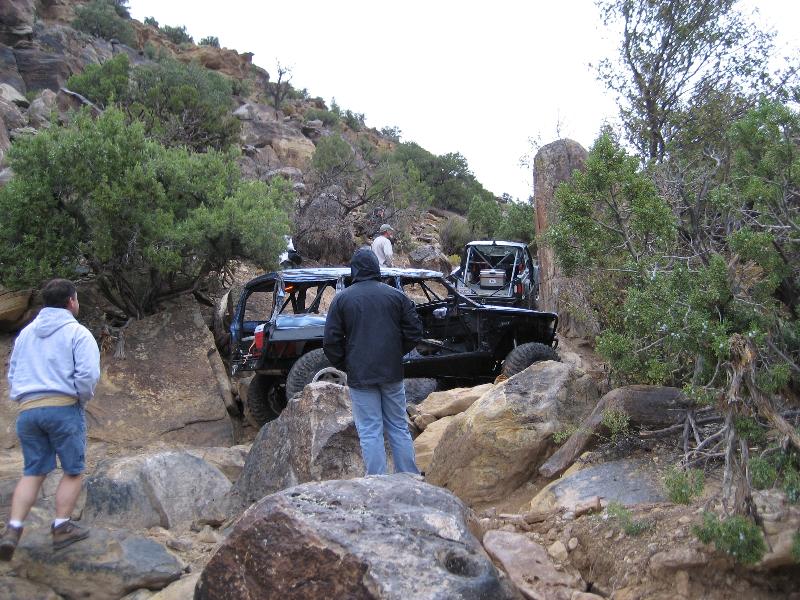 Well, we caught up to some familiar folk from my XJ days. 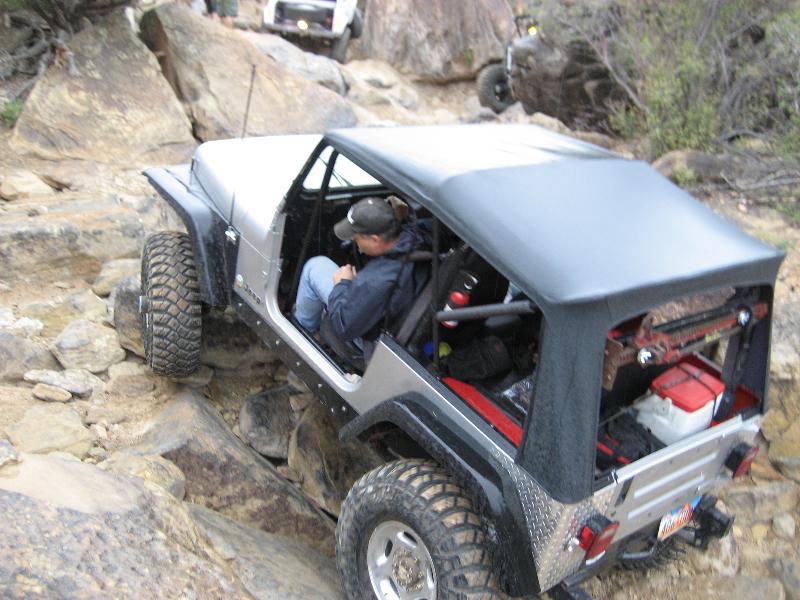 I just put my tires on high rocks on this trail. Seems to work? 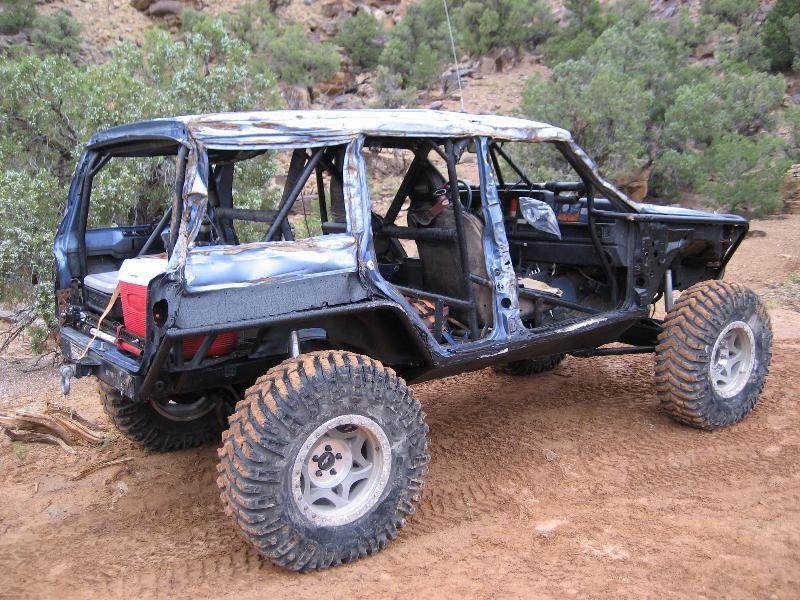 Here we are at the top of the trail. McAtee seemed quite enamored (maybe it's amore?) with this "used" XJ. 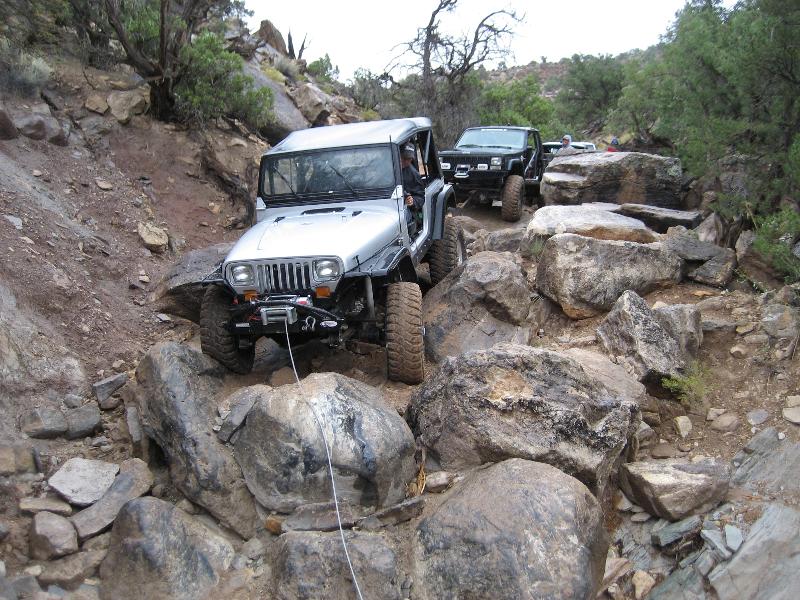 We had a little lunch and started down just as the rain came. I slipped off the rock with my front tire (drivers side) and hit the throttle and hoped for the best. It ended with me being diffed front and rear. I wasn't sure if the winch would pull me out of that or not, but it came through like a champ. I've got a Tmax 9000 on there. It's been a great winch and I've used it more than I'd ever want to tell anyone. Mostly for other people, but sometimes it's saved my butt as well. 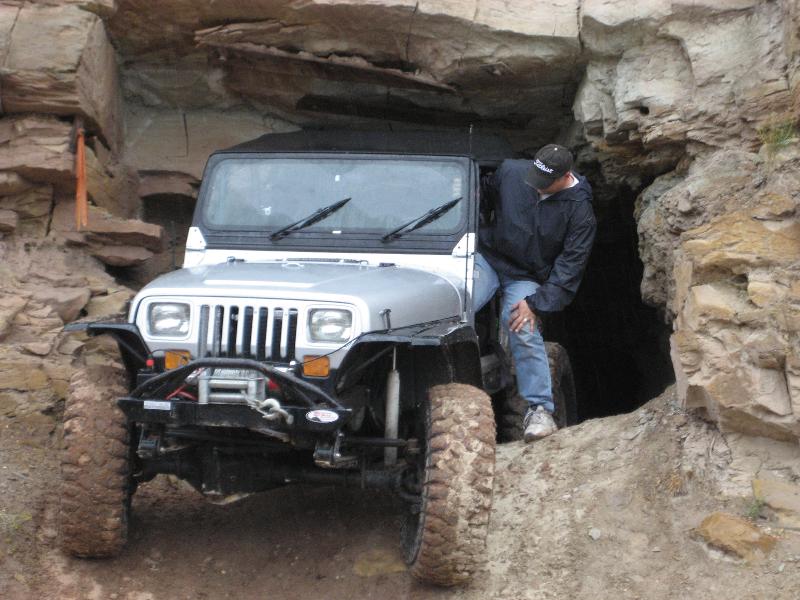 This is at the top of Helldorado in BFE. I was a little stiff from sleeping in a tent. This was a good way to get out of my Jeep. 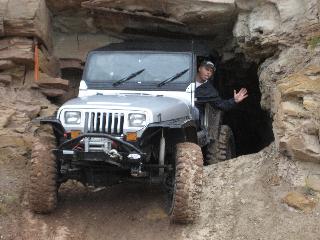 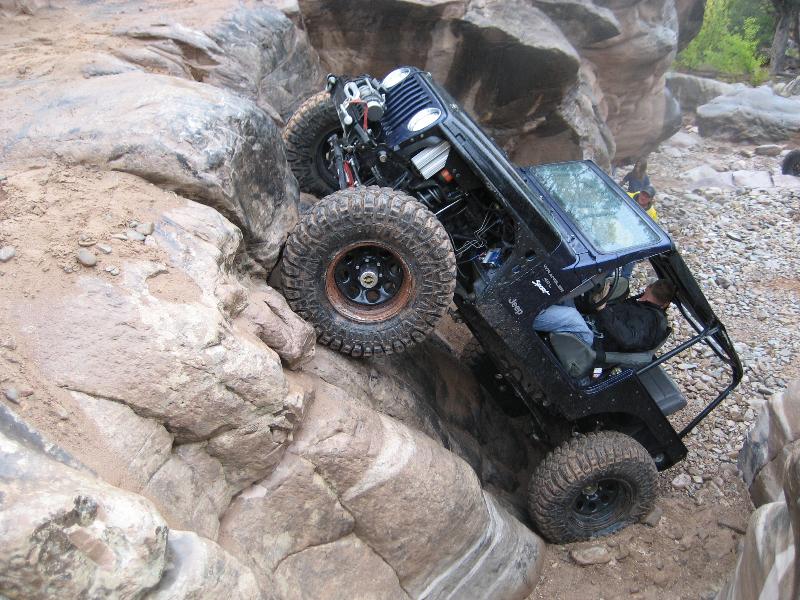 Here's the EXIT to Helldorado. I think Greg can drive this when it's dry and he's a little more used to his Jeep. He got most of the way up with his first try. I like the 5.3L here. He nailed it pretty good and if was dry and he had the exact right line (I think it's about 4-5 feet to the passenger side), he'd go right up. We all know how that goes though. I'm not in the drivers seat and it's not my rig at all.

The weather started really going south after this and we decided to head north after some debate. Seemed like everybody was heading for home in the morning and I'd rather not stay in a tent another night.