'89 Camaro that I put 155K miles on. Excellent car as far as reliability goes.

33" SSR tires....LOVE the look at that stage. Something about Swampas

Old restoration project that turned into a way underutilized tow rig/asset. LOVE that truck, but standard cab is kaka. I'd LOVE to have a crew cab version of this.

Rock Chucker on Metal Masher. Fun trail. If I remember right, this day I was running in open diff. mode. I didn't remember where I had put my fuse for my compressor for my ARBs. It was kind of fun to learn to drive again without lockers. I was successful in climbing everything I tried, but had to try a few times for each obstacle. 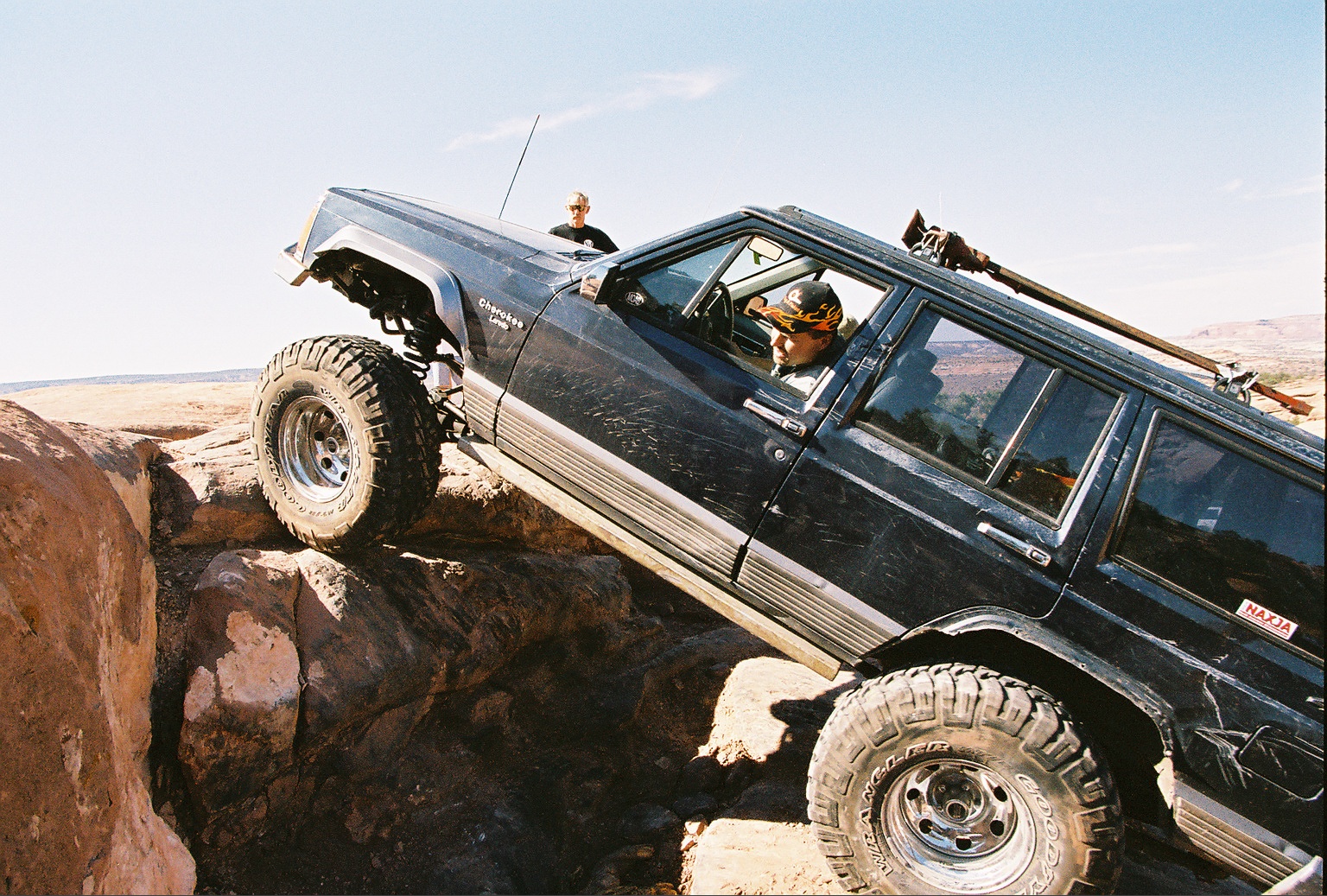 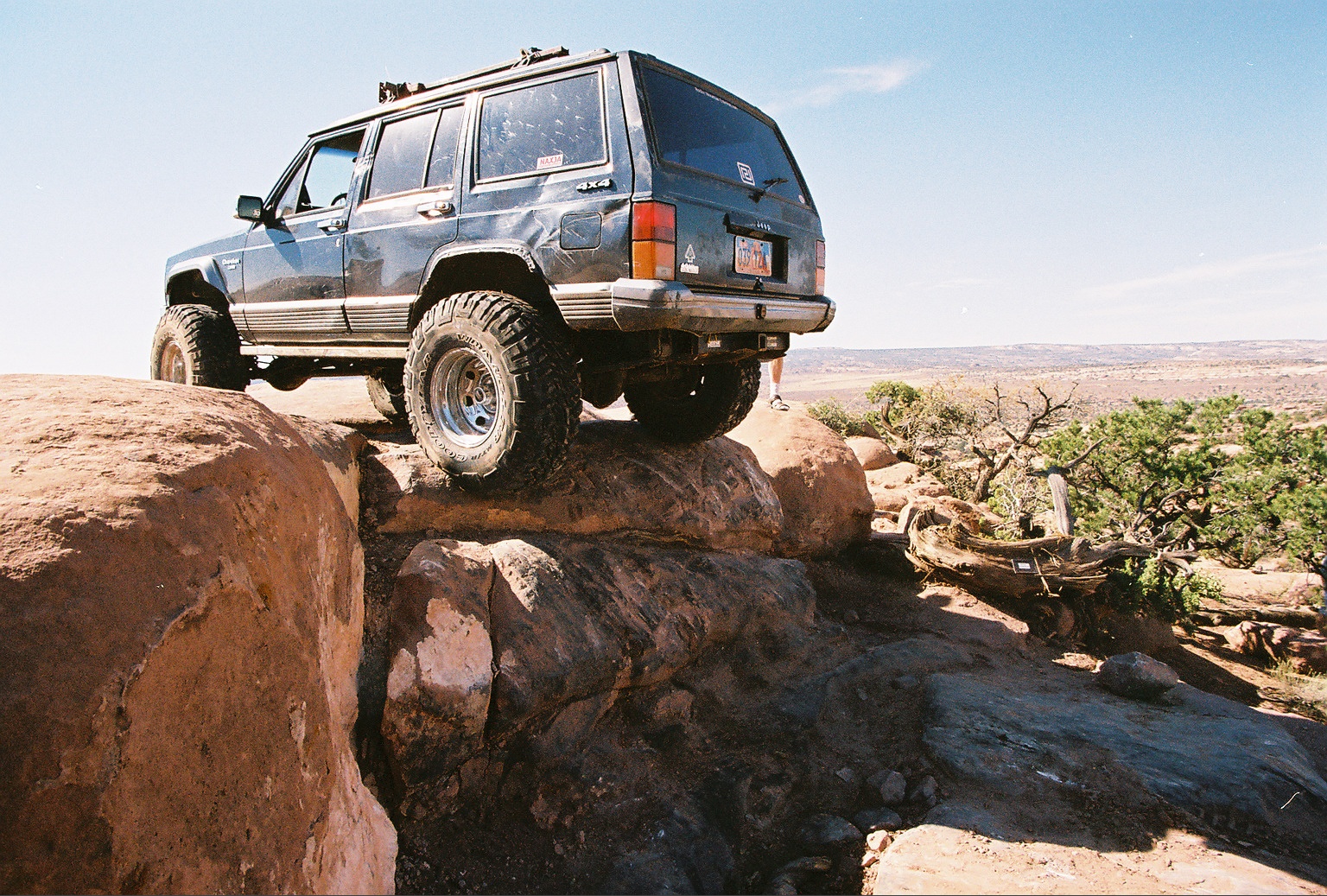 Here it is up on top. Fun obstacle, but you just turn around and get to come back down. 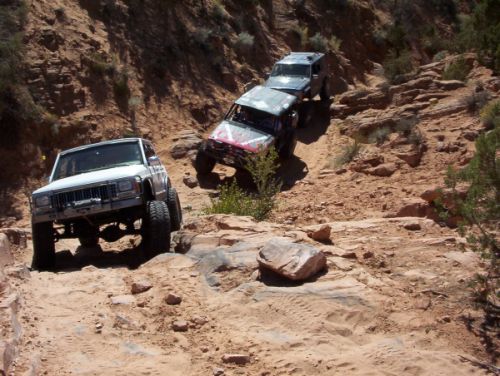 Brent, Rick (in the Hero--Andy Holme's cheaply built rig that was amazingly effective for what it was) and my cutie in Lower Proving Grounds. 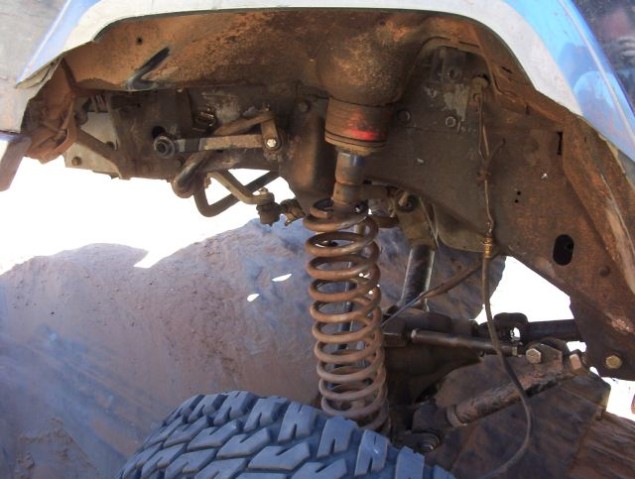 Short arm suspension flex. The radius arm worked OK off road, but had some issues on the highway. It wasn't unmanageable, but definitely interesting to drive. The front would dive pretty bad on braking. 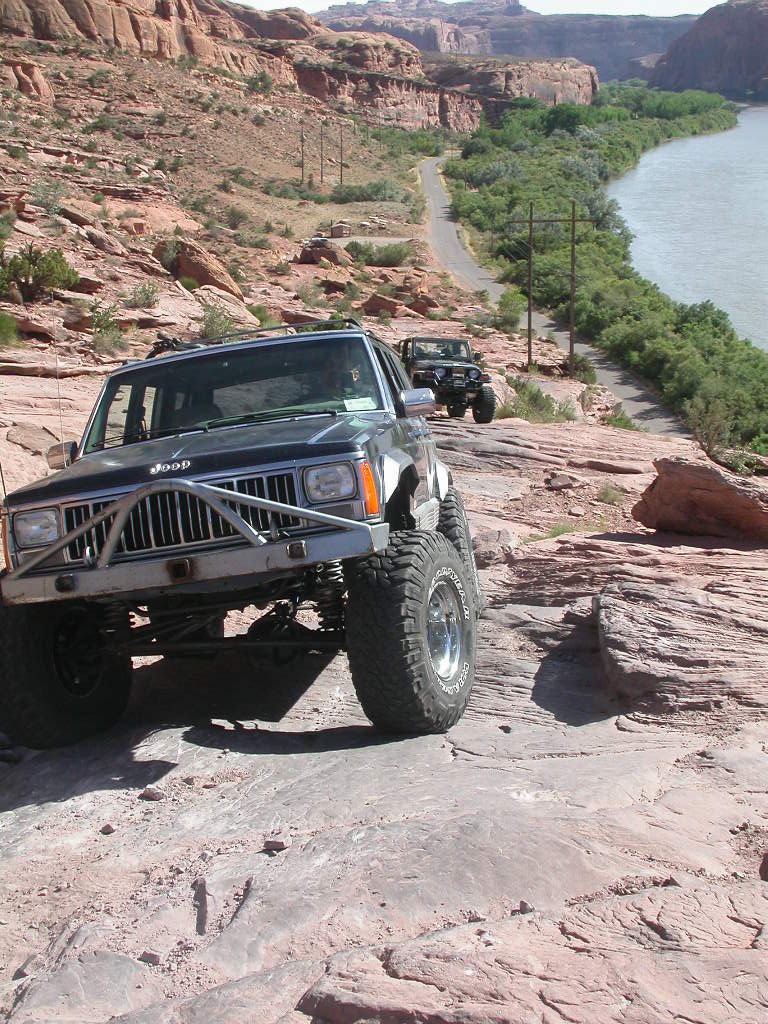 Good pic taken by JD on Moab Rim. I think this was in the spring from the fall pictures above. This was in July. Hotter than hell and the last wheeling trip I took in the XJ. I lived in Roosevelt at the time. 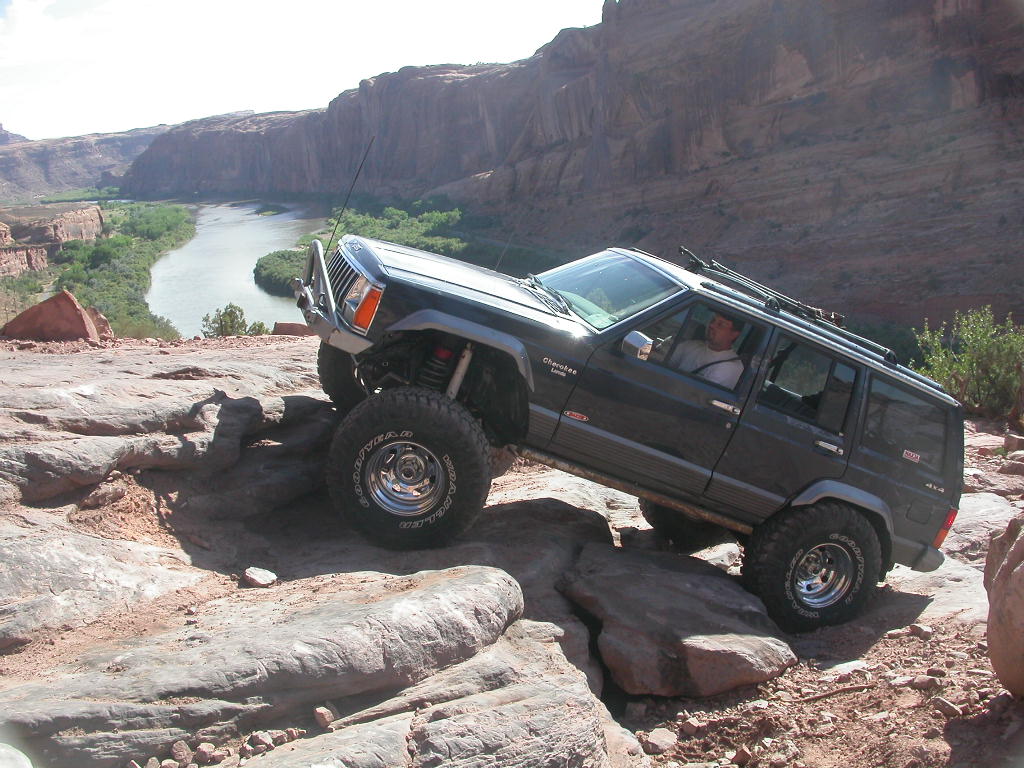 Z-turn on the rim. That rig was a good experiment for me. I learned a lot with it and had a LOT of fun with it. I still like that it was pretty driveable for how capable it was. For what it was (mostly bolt on stuff), it was amazingly capable. 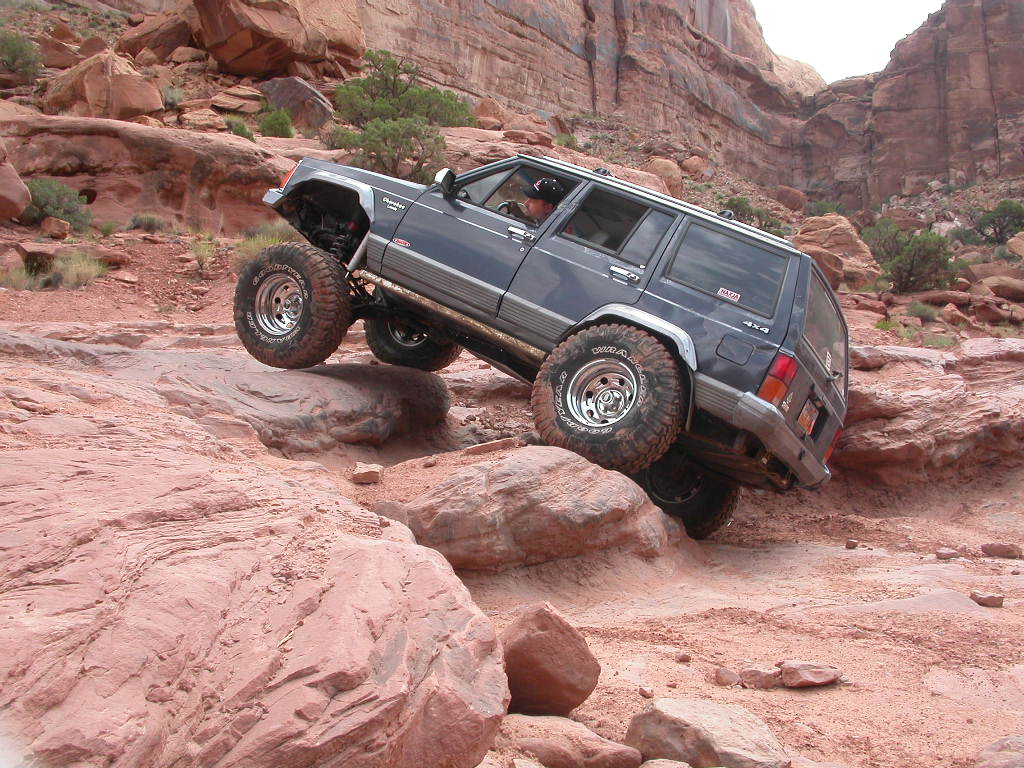 Pritchett Canyon the day after the Moab Rim Trail. Ran it with Carl Whitmore and JD. 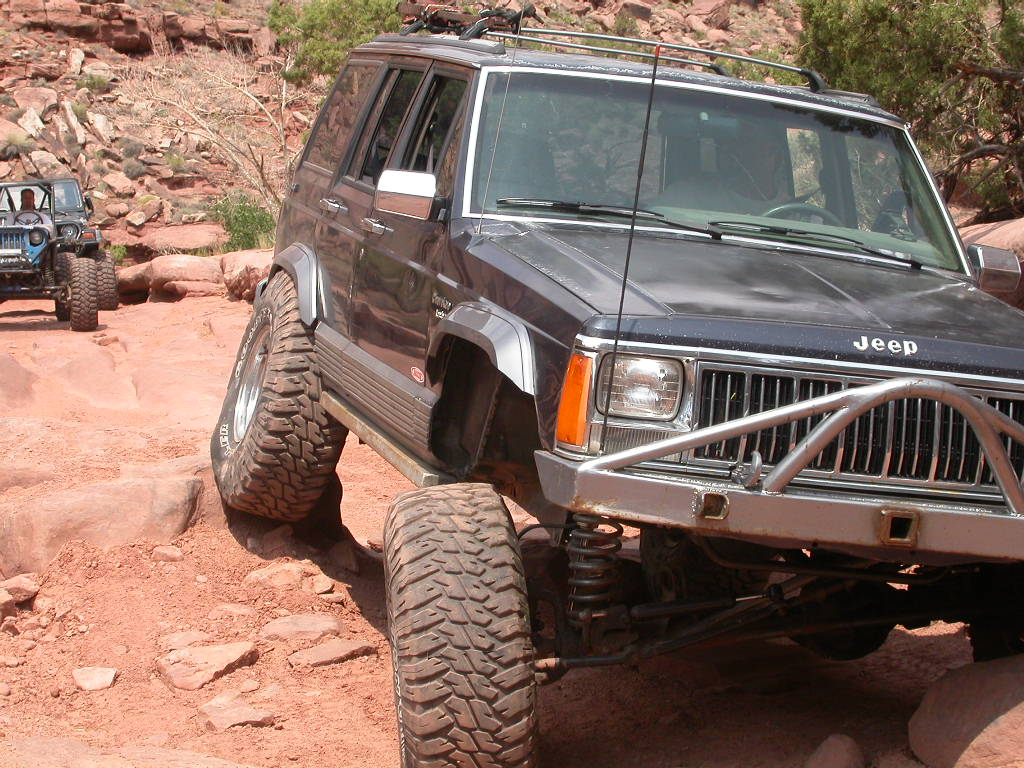 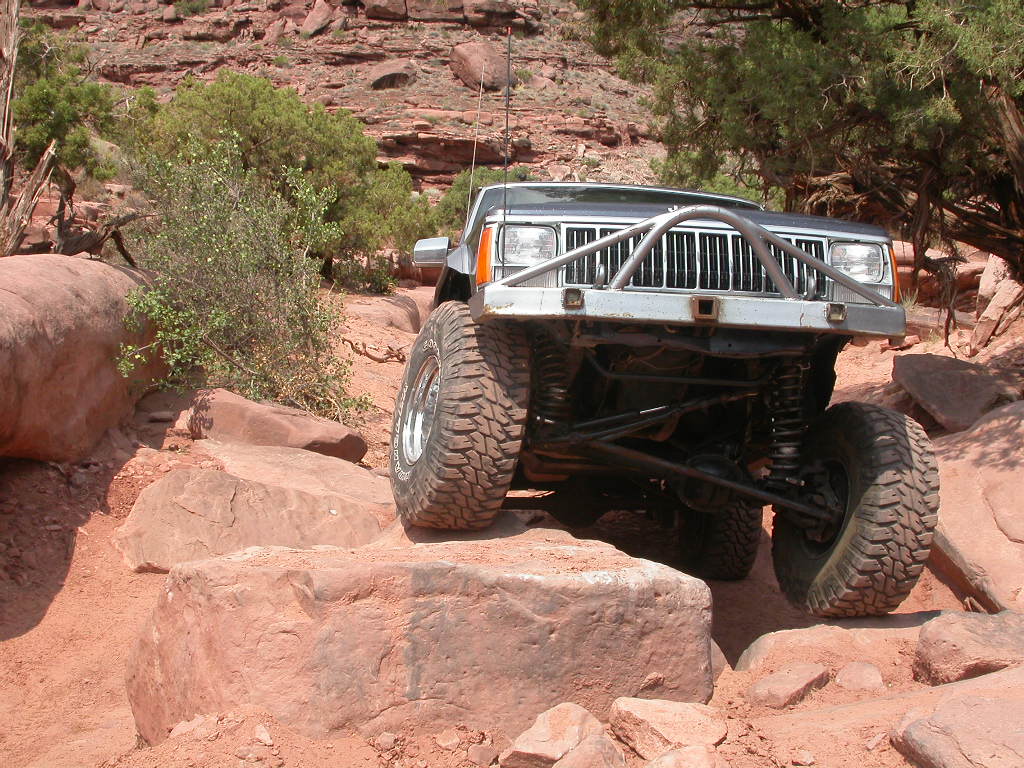 Cool little wash on Pritchett I still like to run. It's missing a few rocks nowadays due to the incredible erosion processes that happen in/around Moab, but I'm sure it'll get harder as time goes on. 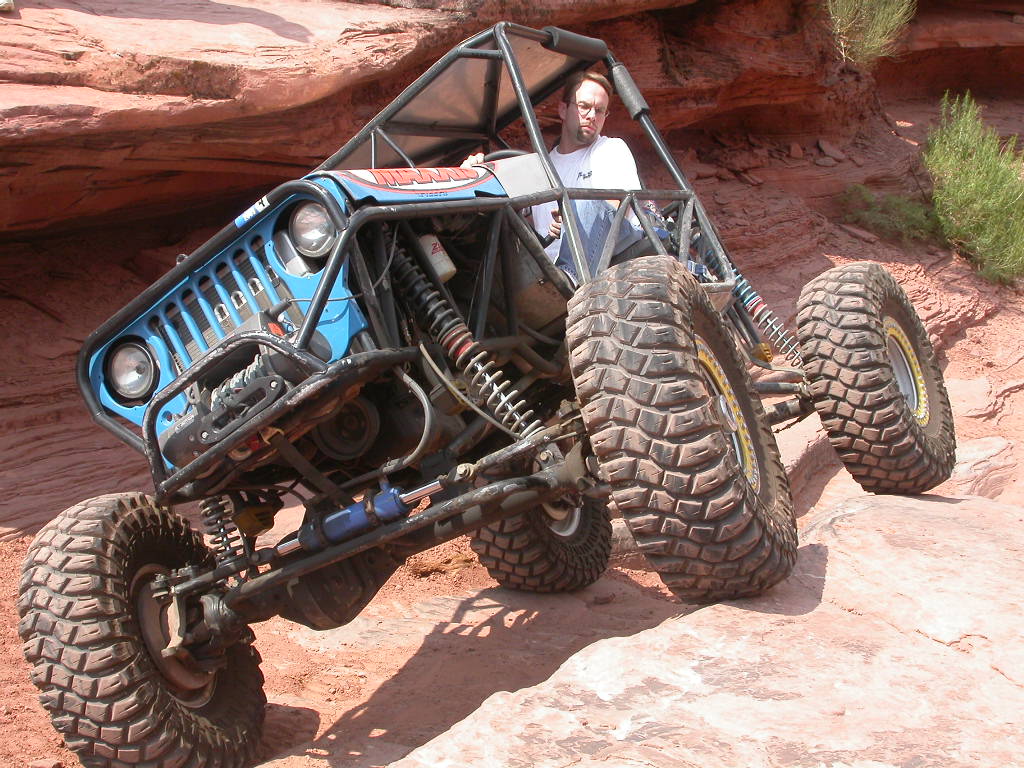 Carl's first buggy in the same obstacle. This one had an injected 4.3L V6. It was originally built with Toyota axles. He then put the Chev 60 in it. This rig worked pretty well and is one of my favorite buggys due to the stock Jeep sheetmetal and some of the lines and work. 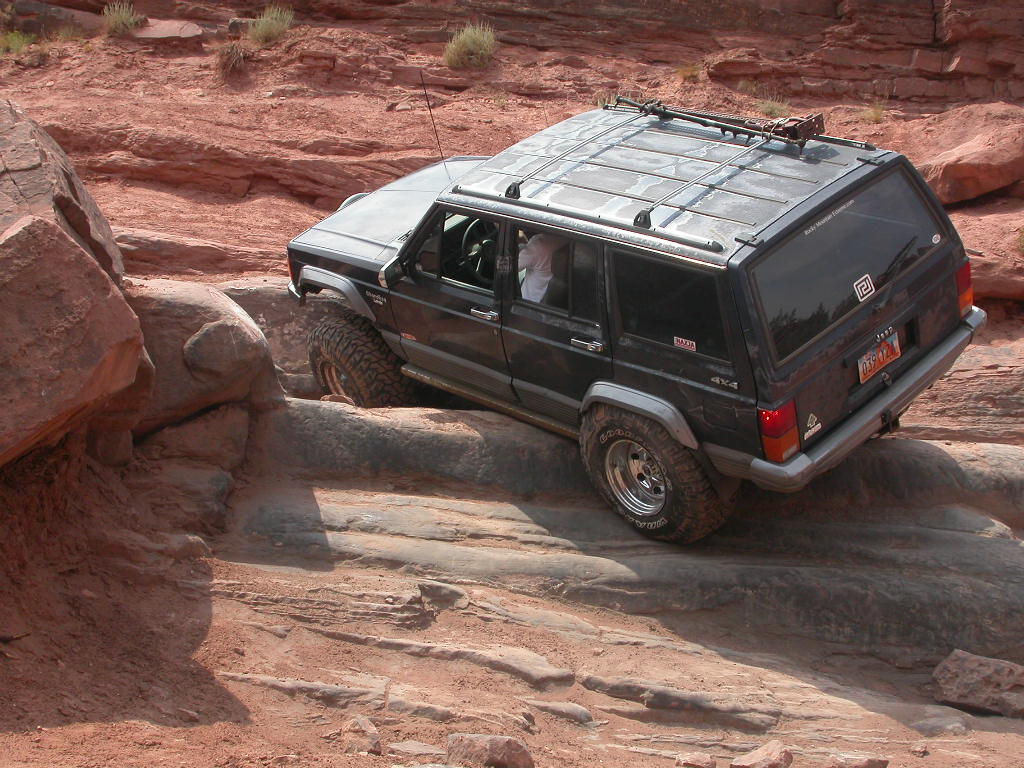 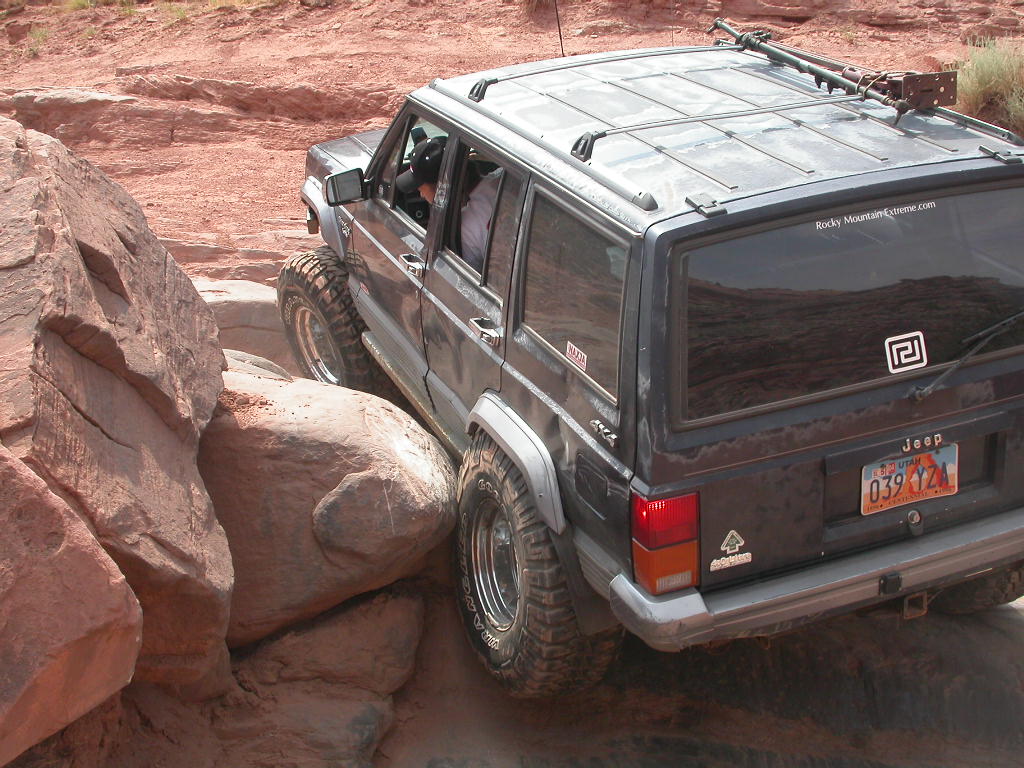 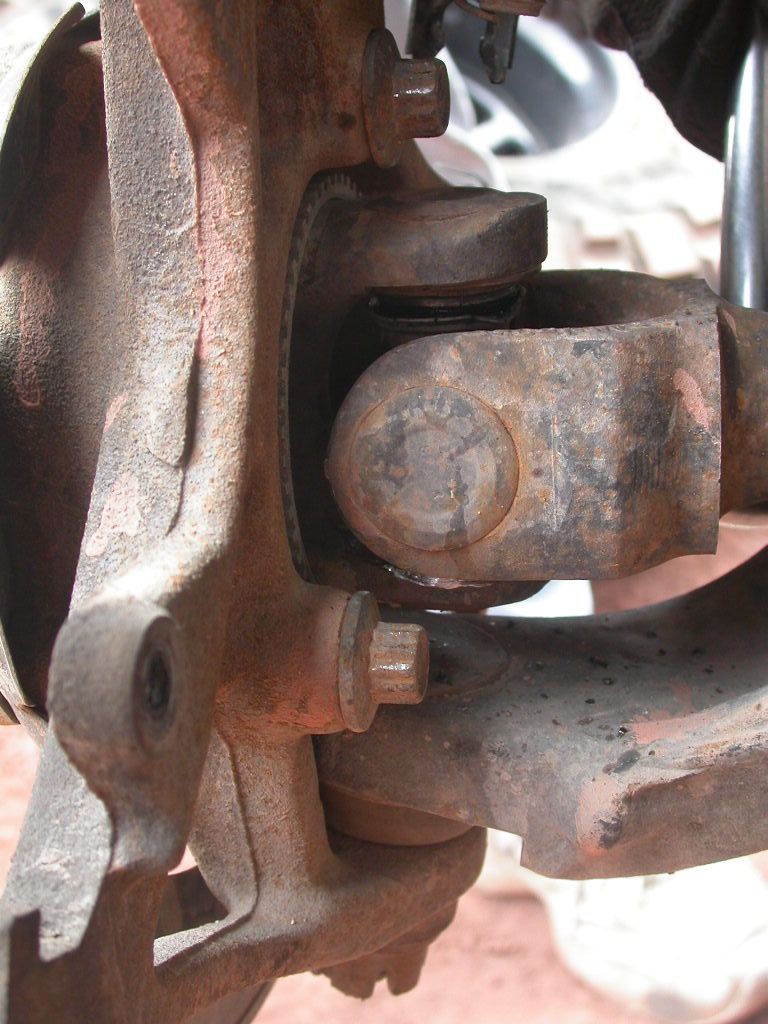 You can tell the downfall of the TJ and XJ axles here. I've broken maybe 8-10 of those joints. They always take out the axle ears. This particular break is on JD's TJ. I had spares for him (shock, I know) in the XJ. 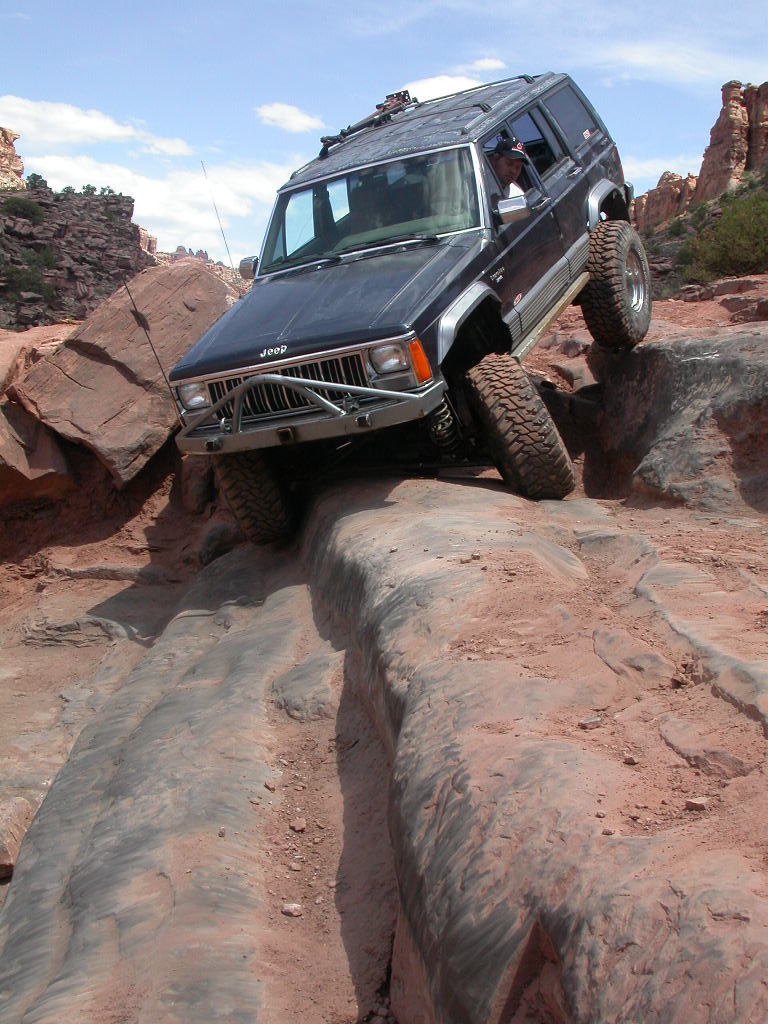 I about lost the XJ as the steering wheel was ripped out of my hand going down Rocker Knocker. I decided hydro-assist steering would be on my next rig from this experience. I got down, but there wasn't any grace at all. Best I could do, was get the steering "straight", not turned to the passenger side like I would have liked. I just hit the throttle and hoped for the best until I was down (didn't hammer it, but I did have the Jeep moving in the direction I pointed it. It was as much control as I could have had under the situation.

We go for Coyote Canyon the next day while Greg goes for Upper Helldorado.